Organized by the Latin American Training Center-LATC together with the Colombian Association of Independent Film and Audiovisual Producers (ASOCINDE) and with the support of Invest In Bogotá, the Professional Development Program for Technicians of the Audiovisual Sector of Colombia was a great success, with an average of 260 attendees in each masterclass.

Held from May 14 to June 18, 2021, the Program offered 10 free online masterclasses that covered the main stages of the audiovisual production chain, including pre-production, production and post-production of audiovisual content. It delved into some positions and fields that constitute a major challenge in the Colombian industry and was addressed to below-the-line professionals of the audiovisual industry. 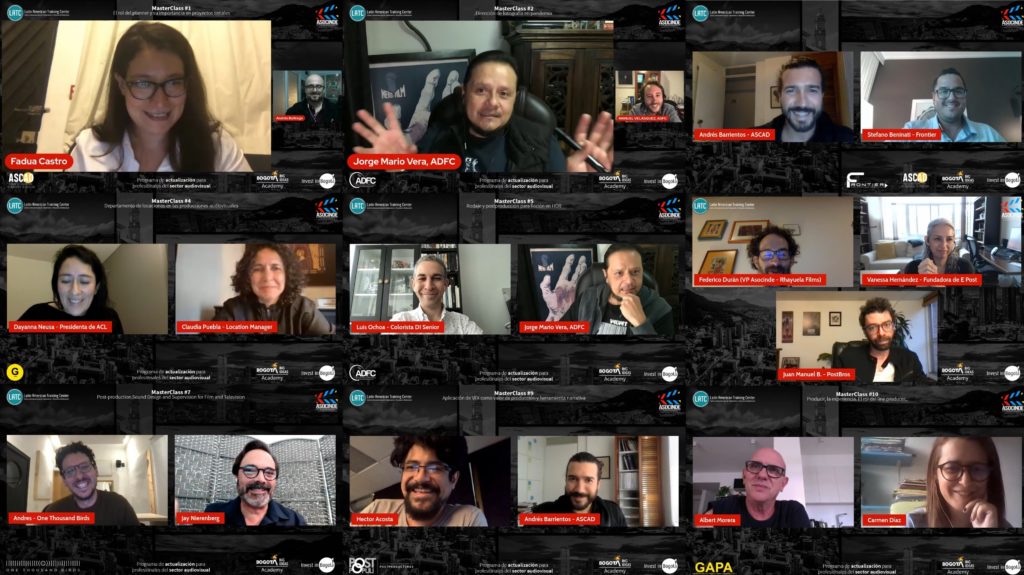 In total, there were 4,486 applications, 2,607 attendees and 6,695 views of the videos, mostly from Colombia, but also from other Latin American countries such as Costa Rica, Uruguay, Argentina, Mexico, Venezuela and Peru, among others.

The project was carried out in partnership with the various associations of the audiovisual sector of Colombia, such as ASCAD (Colombian Association of Assistant Directors), ADFC (Colombian Society of Cinematographers), GAPA (Support Group for Audiovisual Producers) and Postpopulli (Association of post-production companies). The masterclasses were conducted by well-known professionals from Colombia, Mexico, the US and Spain, and lasted between 2 and 4 hours. 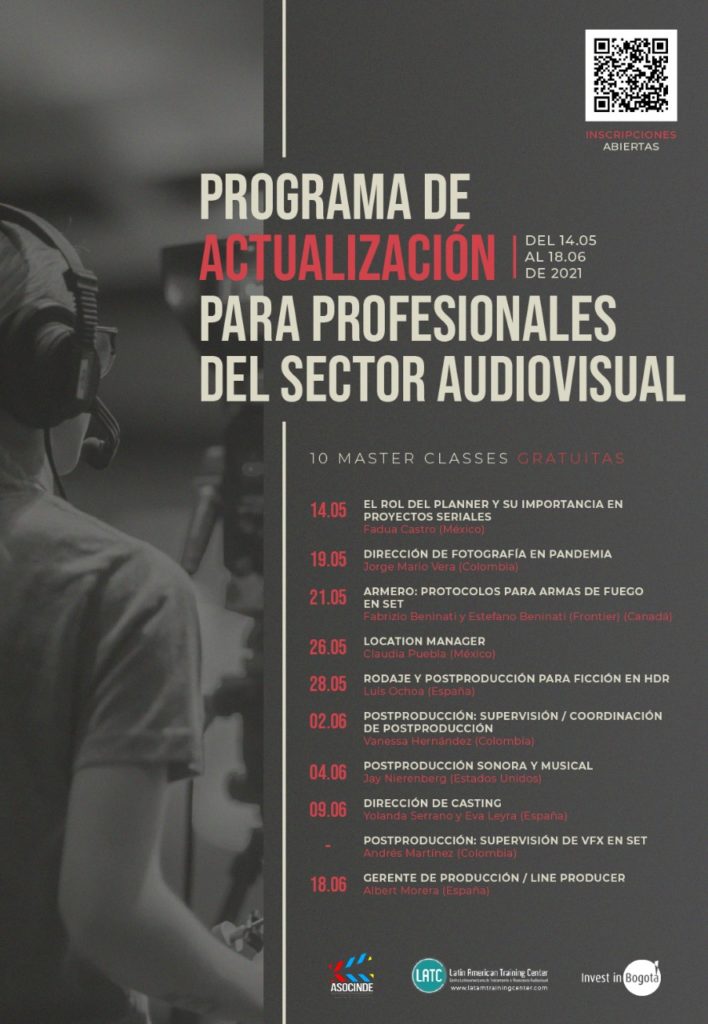 This is the 3rd program undertaken by LATC in the region so far this year. Previous programs were conducted with local partners in Brazil and Argentina and future programs are planned this year in Mexico, and a single one for Bolivia, Ecuador and Peru.