On September 12th, during the Toronto International Film Festival-TIFF, Steve Solot, Executive Director of the Brazilian Film Commission Network-REBRAFIC, and President of the Latin American Training Center-LATC and the Rio Film Commission, announced a Memorandum of Understanding with Frederico Marques, Chairman and Director of the Canada-Brazil Chamber of Commerce, to promote bilateral relations in the audiovisual sector between the respective countries.

The new agreement is aimed at promoting partnerships and cooperation between Brazilian and Canadian filmmakers and producers, as well as to promote filming on locations in Brazil, with the support of its network of film commissions. In addition, the MOU will serve as a gateway for the 26 member film commissions of REBRAFIC as they seek business partners and promote their services and locations to Canadian producers.

The announcement occurred in the context of the 1st Brazil-Canada Audiovisual Seminar, organized by the Canada-Brazil Chamber of Commerce, which included topics such as “The Brazilian Audiovisual Regulatory Framework” and “Film and Television Case Studies of Partnerships between Brazil and Canada” presented by panelists from both countries. 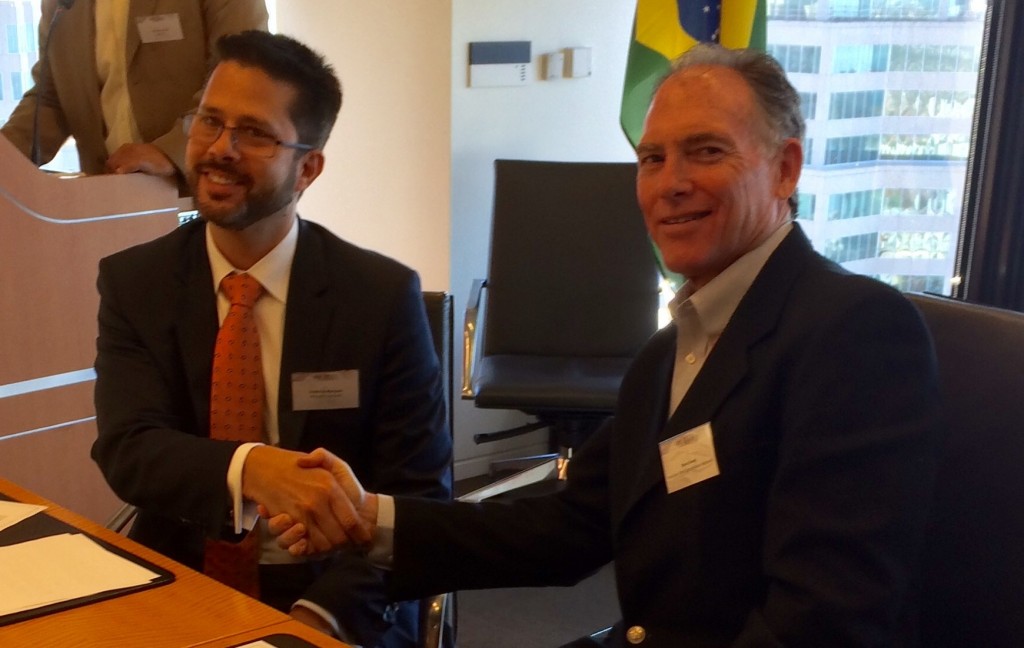