On November 3 in Los Angeles, Steve Solot, on behalf of the Rio Film Commission which he presides and in representation of Cláudia Pedrozo, president of RioFilme, and Kevin James, Director and Chief Liaison for Film and Television Production of the Los Angeles Mayor’s Office, signed a Letter of Interest.

The objective of the agreement is to promote cooperation between the respective entertainment industries, and encourage on-location shooting in Rio de Janeiro, as well as to stimulate growth in the audiovisual sector of both cities.

The agreement was signed during the Seminar, “The Future of the Audiovisual Industry in Brazil” sponsored by the Brazil-California Chamber of Commerce (BCCC) with support by the Motion Picture Association of America-MPAA, during the American Film Market (AFM).  See press release in Portuguese: RioFilme/Rio Film Commission assina acordo de cooperação com a cidade de Los Angeles. 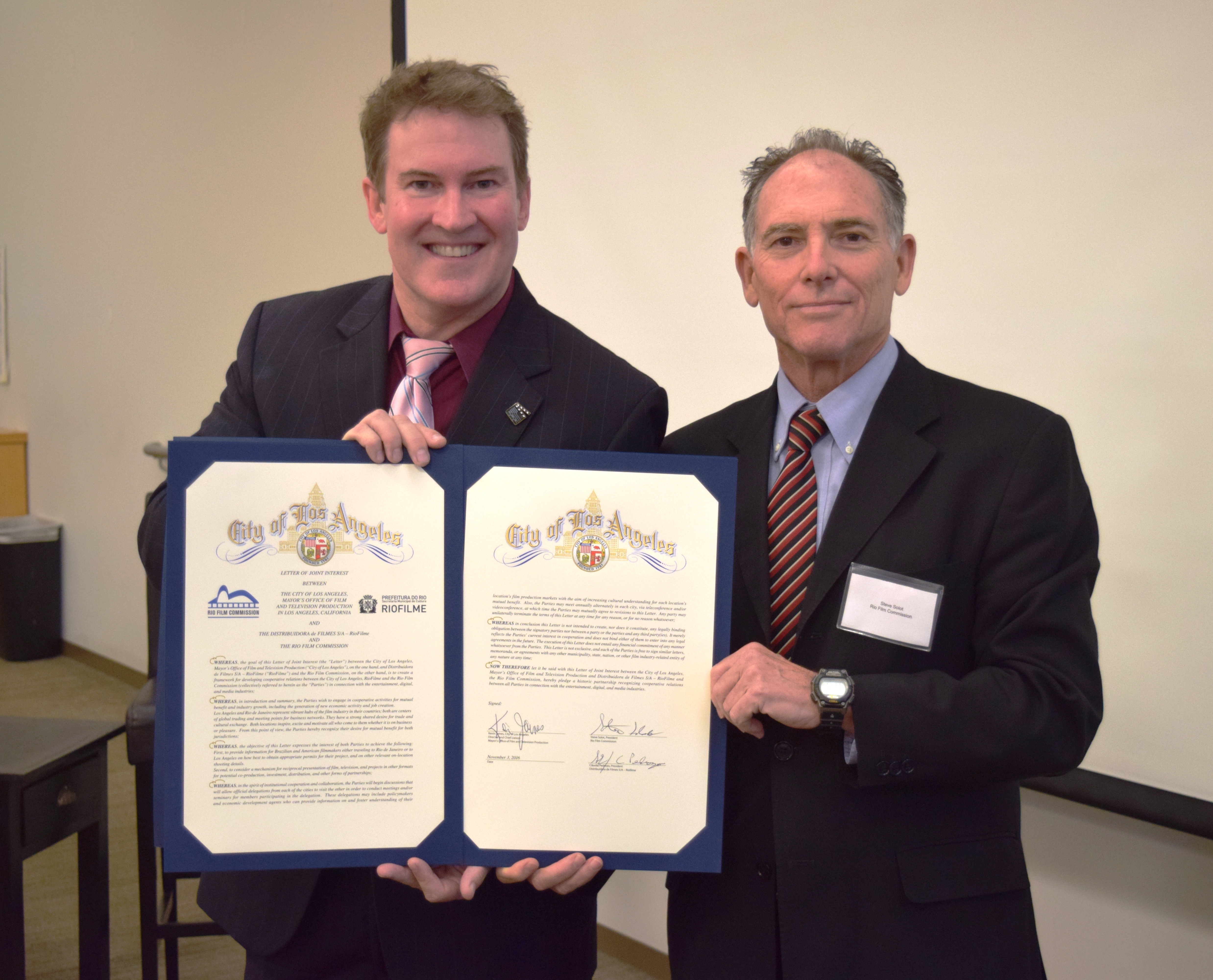