On October 31st the Luxe Sunset Boulevard Hotel in Los Angeles hosted ““The Brazilian Film, TV and Video on Demand Industry,” a seminar on partnerships and opportunities for investment, and the regulatory framework for the Brazilian audiovisual industry.  In his capacity as Executive director of the Brazilian Film Commission Network-REBRAFIC, Steve Solot, LATC President, participated in a panel “Audiovisual Production in Brazil: Incentives for Investments”.

Sponsored by the Motion Picture Association-MPA and the Brazil California Chamber of Commerce, with support by the UCLA Center for Brazilian Studies, the Hollywood Brazilian Film Festival and the Cesnik, Quintino & Salinas law firm, the event was inaugurated by Brazilian Minister of Culture, Sérgio Sá Leitão who provided an overview of the creative industry in Brazil, with emphasis on the audiovisual sector.

The presentation by REBRAFIC focused on the importance of film commissions to provide support for national and international productions as part of the audiovisual production chain.  The panel included Mary Ann Hughes (Vice-president for Planning and Production of Disney), Felipe Cusnir (President of the Entertainment Committee of the Brazil-California Chamber of Commerce and representative of the Los Angeles Mayor’s Cabinet) and  the Minister of Culture, Sérgio Sá Leitão. 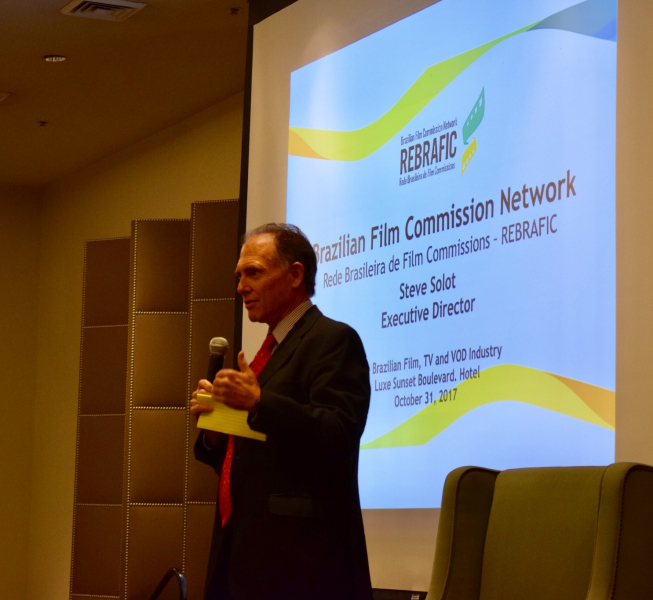 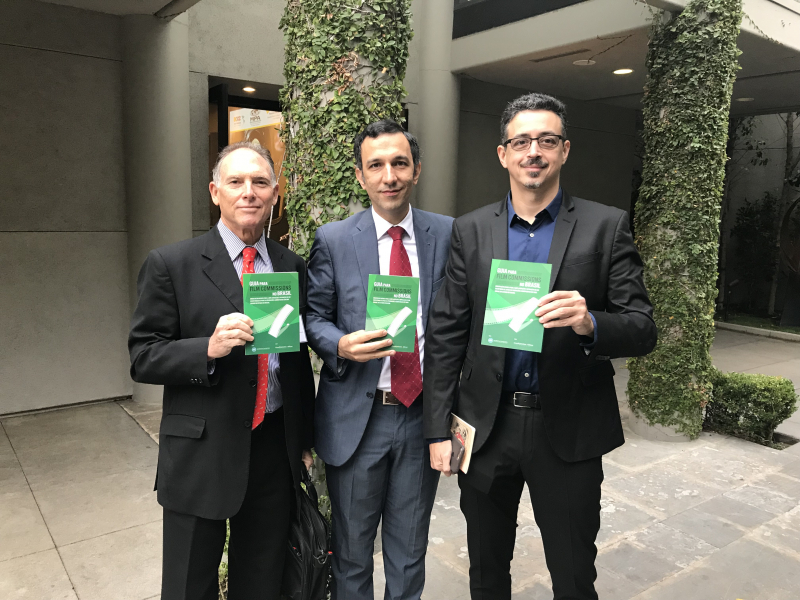 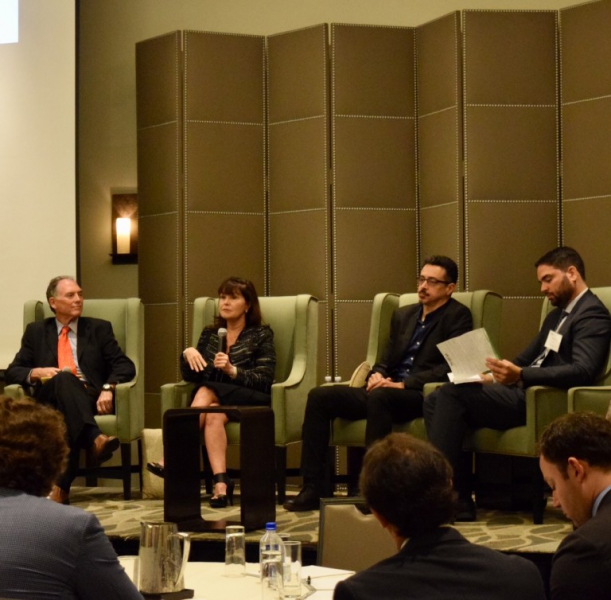