President of LATC and also the Rio Film Commission, Steve Solot met last week with the Governor of San Luis Province, Alberto Rodríguez Saá, together with other government officials to initiate the creation of the film commission in the province.

In addition to Solot, the meeting included the Executive Director of the Argentina Film Commission, Ana Aizenberg, the Minister of Tourism and Culture, Liliana Bartolucci, and the Head of the Film Industry Program of San Luis, Martín Ferrari. “The signing of the agreements with the Argentine Film Commission and the Rio Film Commission will move San Luis toward its membership in the Association of Film Commissioners International, which will place the province in a privileged global scenario and also transform it into a leading destination for audiovisual productions in all formats: film, television, documentaries, advertising and digital content,” stated the Minister of Tourism and Culture.

Steve Solot praised the audiovisual policies of the province and indicated, “It is essential to have the political and economic support of the province to initiate this process of organization and to lay the basis for the film commission, which will contribute to economic development, job creation and film tourism, as well as the global visibility of San Luis Province.”

Solot’s participation in the meeting with the governor represents the first step in a series of activities to initiate operations of the new entity.  Additional actions will follow shortly to ensure the necessary training of film commission representatives and employees. 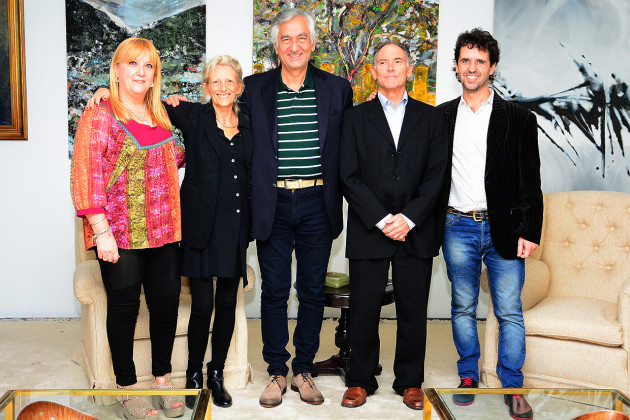