Latin American Training Center – LATC served as producer of the event that brought together more than 160 participants, many of whom were producers for the film and television sector.

The Secretary of Culture of the Municipality of Rio and Director of RioFilme , Sérgio Sá Leitão , opened the event by pointing out the auspicious period for the audiovisual market as a whole and for Brazilian cinema specifically, while emphasizing the weight of Rio de Janeiro in this scenario. “In 2012 , Rio-based productions accounted for 58 % of the total number of domestic films and 94 % of tickets sold,” said Sá Leitão.

In the inaugural lecture, Antonio Barreto, CEO of Digital Latin America (DLA), headquartered in Miami and a pioneer in the distribution of audiovisual content for broadband , highlighted the sector’s expansion in Brazilian households. “By the end of 2013, 24 million Brazilians will be connected to broadband and half of all domestic households will have digital television,” he said.

In addition, the event had important discussion panels with the presence of more than 30 national and international speakers . Among the topics” New strategies: project funding beyond government incentives and subsidies”, “Working with talent , finance and sales agents” and “co-productions: Challenges and opportunities in America and Europe”, with participation of Steve Solot, President of the LATC.

The founders of the Film Finance Forum intend to hold the event in Rio de Janeiro again in 2014, which will reinforce the city’s role as main audiovisual center in Latin America. 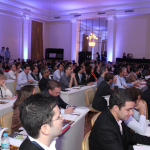 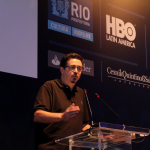 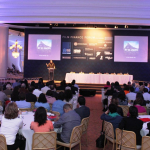 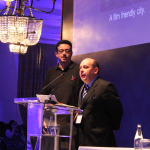 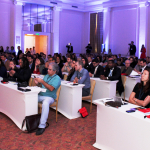 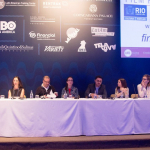 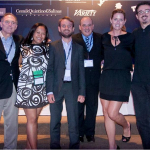 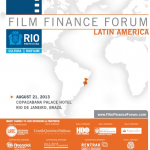