The Latin American Training Center and Steve Solot, LATC president, and president of the Rio Film Commission, were present once again this year at the Toronto International Film Festival-TIFF, considered by VARIETY to be “second only to Cannes in terms of high-profile films, stars and market activity.”

One of this year’s highlights was the reception hosted by Consul General of Brazil in Toronto, Ambassador José Vicente Pimentel and his wife, Isabel, on September 14, in honor of the Festival and the Brazilian delegation.  The lively event was attended by numerous Brazilian filmmakers and local personalities, as well Hollywood executives and film industry leaders.

A special guest was John Ruane, an independent producer from the US, founder and CEO of Counterweight Productions and 11-time Emmy award winner, who presented his new US-Brazil four-part documentary film project, which depicts Brazilian life through the prism of its rich soccer culture. 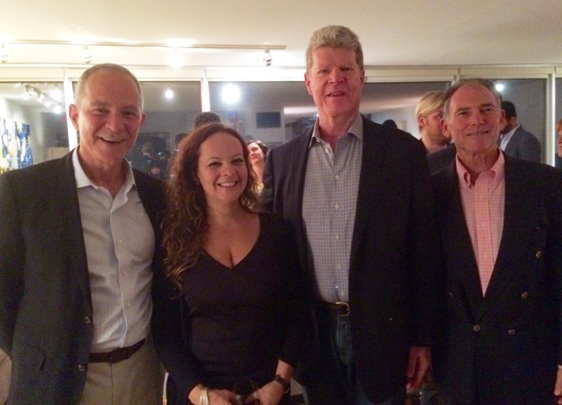