On April 18th the Latin American Training Center-LATC presented its latest publication, Current Financing Mechanisms for Audiovisual Content in Latin America – 3rd Edition, in an event for industry professionals at the Consulate General of Brazil in Los Angeles.

The announcement took place following the presentation by Brazilian Minister of Culture Sérgio Sá Leitão on the cultural industry as an engine of economic growth, to set the stage for the MICSUR 2018 event on Cultural Industries of South America, which will be held in São Paulo, November 5-11, 2018. 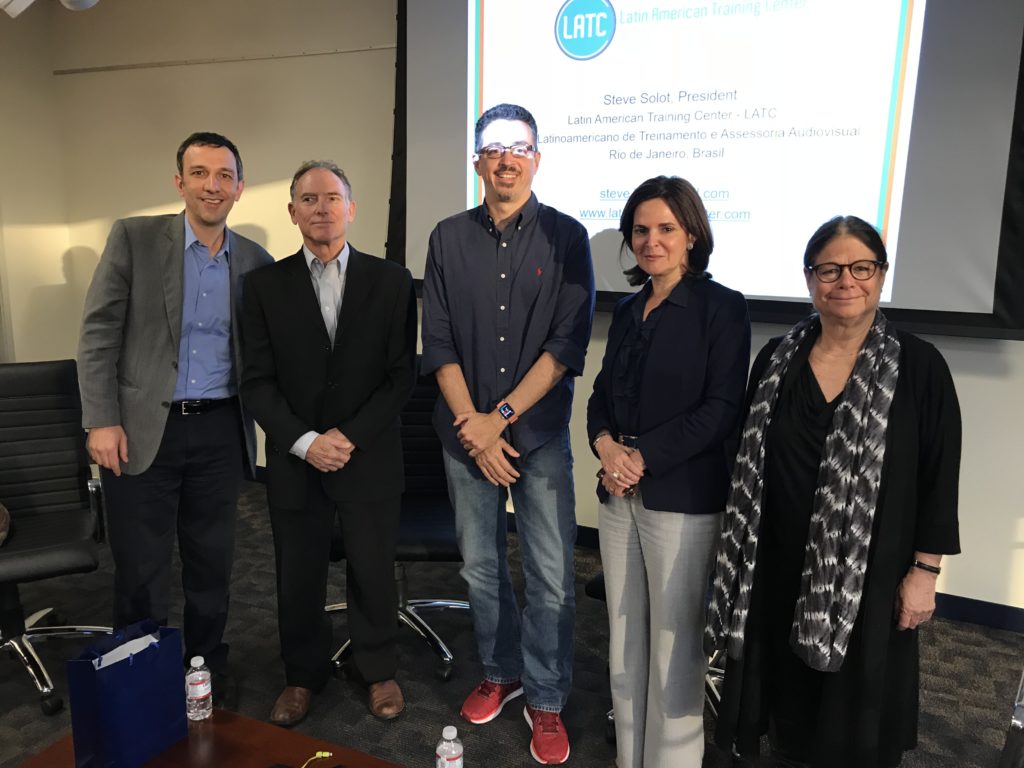 The book is sponsored by Cesnik, Quintino e Salinas Advogados-CQS and Cowan, DeBaets, Abrahams & Sheppard, LLP–CDAS, and is available free of charge in e-book format here.