On the occasion of LATINX 2021, the Latin American Screenplay Treatment Competition organized by the Latin American Training Center, which this year has as its theme the “Latin American Diversity”, the LATC presents its next free webinar in Spanish (without simultaneous translation), “Diverse and representative narratives in the Latin American audiovisual industry“, which will be held next Thursday, May 27, with four professionals from the region. To register, click here. 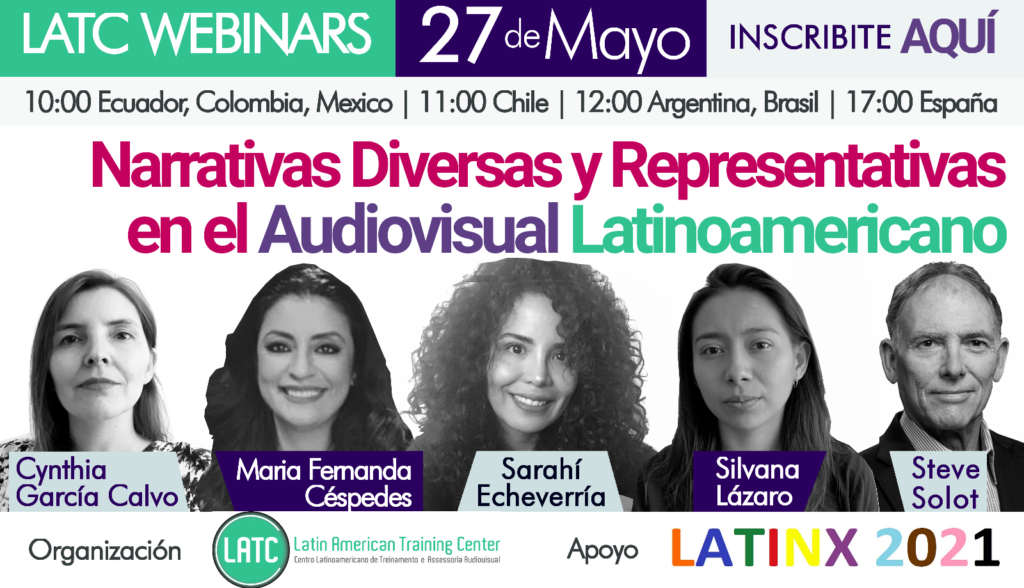 The event will be streamed live in Spanish (without simultaneous translation) through Zoom, at 10am (Ecuador | Mexico | Colombia) | 11am (Chile) | 12pm (Argentina | Brasil) | 5pm (Spain). It will be moderated by Steve Solot, President, Latin American Training Center-LATC. All participants will receive a digital certificate from LATC. Space limited.

The LATINX is LATC’s traditional annual screenplay treatment competition, part of our continuing policy to support screenwriting in Latin America, foster artistic creation and encourage novice screenwriters in the highly competitive audiovisual industry. It has the support of the Brazilian Forum for the Teaching of Cinema and Audiovisual Studies (Forcine), Final Draft screenwriting software, and LatAmcinema.com.

This is the fourth webinar organized by the LATC. The previous three are available on our YouTube channel: